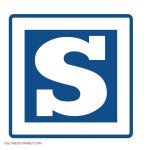 I never meant for it to happen. All I wanted to do was be happy. Instead I ended up living in squalor.

It was 1997 and I made the choice to move to the town where my abuser lived. At the time it seemed to be the right thing to do. Several family members lived in the same town and they all wanted me to move there so they could see me more. The price was right for the apartment and I wanted to see my family more so I didn’t really have a good reason to not move there. After all, only a few people knew about the abuse, and those who did thought I was “over” it. I wasn’t, but I didn’t want to admit it.

Shortly after I moved in, I adopted two kittens. As you may be aware, I’m a HUGE cat lover, so it seemed like a dream come true. Unfortunately, my disease (depression and anxiety) thought otherwise. The entire time I lived in that town I was living in a low level of anxiety that lead me to neglect myself and my surroundings. I rarely cleaned the cats’ litter box, so the cats took to using other parts of the apartment. However I would periodically get it together enough to clean things up so the apartment was presentable.

Then my mother died. Things got worse. Not only was I living in anxiety, but I was overwhelmed with guilt, shame and grief over my mother’s death. I had been unable to go to her deathbed (my parents lived in another state) because of my finances and my brother had to deal with it all alone. I was ashamed that I had not been able to help my brother and father during such a stressful time. The times where I was able to clean became rarer and rarer. Eventually my landlord investigated during a time when I hadn’t cleaned in a while and he asked me to leave.

I found a new apartment in another city, but I couldn’t bring my cats. So I gave them up to the local shelter and cried for days.

Three days after moving into my new apartment, I sat down in my easy chair, looked around at my half packed boxes, sighed and gave up. It was February of 2000. Those boxes never got unpacked. And for the next eight years anything I brought into the apartment stayed. Nothing left. By nothing, I mean nothing. Garbage of every type, papers, food, books, newspapers, mail, everything and anything remained.

At one point my toilet broke. But the mess was so bad that I didn’t dare ask my landlord to fix it. So I lived as much as possible without a working toilet. For six years. I wasn’t always successful, especially as I had Irritable Bowel Syndrome (IBS; more info on that here). You can imagine the stench. But I didn’t smell it. I was so used to it that it was normal for me.

During those eight years I never let anyone into the apartment (my landlord never inspected. I guess as long as I paid my rent and no one complained he was happy). I went about my days as if I was perfectly normal. But the fact was that I wasn’t normal. I lived in squalor. I couldn’t use the heat in the apartment because I was afraid I’d start a fire (I had baseboard heat). In the summer I felt like I was on fire because there was so much stuff in front of the windows I couldn’t open them (and I didn’t have air conditioning). Frankly, I’m surprised I never got frost bite or heat stroke; temperatures in the area I live in can run from -30° to +110° Fahrenheit. Somehow I survived.

What finally broke me and got me out of there was when my grandmother could no longer live alone. Up until that time I was her primary caregiver. It wasn’t difficult, I just called her daily, visited several times a week, took her shopping and so forth. But then she fell and broke her wrist. The family got together and let her know that it was time for her to move out. Being an extremely independent woman, this was hard on her, but she did it. She moved in with my brother (fortunately he made enough money to allow my sister-in-law to quit her job and stay home to take care of her) and my world changed.

No longer was I required to keep a constant eye on someone else. I still visited her at my brother’s house, but otherwise I had much more time on my hands. Without the need to take my grandmother to the store or doctor’s all the time, I began to look at what I had neglected in my life. Myself. And my life was not pretty. I was living in filth. 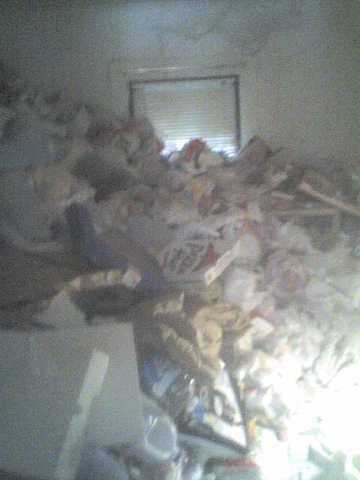 So what did I do? I did what I always do; I got even more depressed and suicidal. At the time I was seeing a counselor, but it wasn’t helping much. Mostly because I couldn’t see her as often as I would like (due to insurance reasons). So, with my counselor’s permission, I got a referral from my insurance company to another counselor. It was then that I was persuaded to “out” myself to my family and get help with the apartment.

How did we take care of it? At first, my brother, sister-in-law and I tried to clean up the apartment by ourselves. But it was too much, so my brother hired some day-laborers who literally took shovels to my apartment. After a day I had a construction-site size dumpster full of garbage removed from my two room apartment. I lost a lot in that dumpster: my high school yearbooks, childhood toys, family pictures, heirlooms, beloved books, my self-esteem.

Afterwards I moved to another apartment where I gradually got into the habit of cleaning and getting rid of stuff.

So what was it really about? My counselor at the time said that I was “manifesting an interior belief into an exterior reality.” This basically means that I believed I was garbage so I lived in garbage. But what I think is that when I moved into that apartment in 2000 I was so exhausted with the constant anxiety of living close to my abuser, my mother’s death, giving up my cats and just being unhappy that I metaphorically crumbled. I crumbled into myself and did the minimum I had to do to get by. I expended whatever energy I had to make sure I had the façade of “normalcy” up that I had no energy to do anything else.

Other counselors I’ve seen classified me as a Hoarder (go here for a definition of hoarding). I never agreed with this classification (and frankly hated it) as I wasn’t emotionally attached to the garbage in my apartment. The hardest part of getting rid of it was how overwhelming it was (as you can see from the above picture, there was quite a bit of it) and that there were people in my apartment seeing how “crazy” I was. The stuff itself was incidental. I prefer another classification: Squalor, or Diogenes, syndrome.

Squalor syndrome is not an officially recognized classification among the mental health community. I came across this phrase when I was trying to put a name to what I was doing. I found this article and finally had a name that fit. I also found a website (Squalor Survivors) that helped me feel less like I was a freak.

I outed myself as a person living in squalor in 2008. The only persons who knew about it or saw it (via a picture or live) were my brother, sister-in-law and mental health professionals. It took me until 2010 to get myself into a system of cleaning/throwing things away. At this point I consider myself “cured” of this syndrome. Of course I’m not a perfect housekeeper. Right now I’ve got two stacks of things that need to be put away and you can write a novel in the dust in my room. But I don’t live in squalor.

So why am I talking about it now? Because I told this story to someone for the first time since 2010, complete with showing them the above picture. And it threw me into vortex of avoidance. I started sleeping 12-20 hours a day, bingeing up a storm and wallowing in self-pity. Over and over I told myself that “no one cares” and that I was “stupid, stupid, stupid.” It’s taken me a week to get out of the vortex and realize that what I did was the right thing, that people do care, that I am not stupid.

I told my story to someone because they were struggling with their own version of squalor. It wasn’t as bad as mine, they were just messy, but they were overwhelmed with the mess. To the point of having an anxiety attack over it. I told them my story as a sort of “it could be worse” and a “if I got through this you can get through your mess” kind of thing. And it did help them. They realized that they could clean up their mess and get organized.

Was my week of avoidance worth it? Since my friend was helped by my opening myself up, I think it was. The trick now is to figure out how to open myself up to others without falling into a vortex.

Hi, I'm Bonnie. I blog about depression, anxiety, cats, writing, and anything else I can think of. To learn more, please click on the About tab. To send me an email, click on the Contact me tab. Thanks for stopping by. 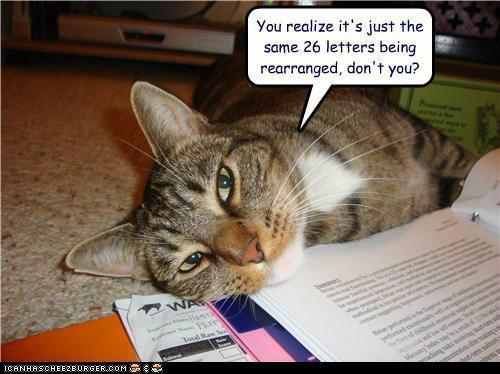 The source of this blog's title. 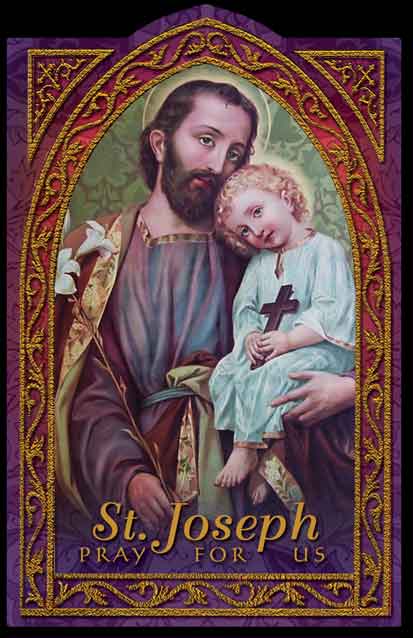 The patron of this blog is St Joseph, the foster father of our Lord.